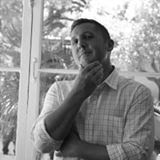 After he graduated high school, Matt Palentchar went on to Rutgers University-New Brunswick, where he earned a Bachelor’s Degree in political science. Then, he earned a scholarship to attend the law school at Ohio Northern University, where he earned his Juris Doctor and headed straight to Florida. Matt’s legal career began with a stint at a general practice law firm in Naples, Florida, where he practiced in all kinds of areas. He didn’t like being a jack-of-all-trades, though, and the law firm grind was not to his liking, so he formed Matthew G. Palentchar, Esq., P.A. a year later, and ran that until 2010, when a life threatening illness caused him to leave Florida for a while.

Luckily for his clients, Matt Palentchar is tough, so he was soon healthy again. That’s when he returned to Florida, more focused and feeling better than ever, and forming Matthew G. Palentchar, PLLC in St. Petersburg, Florida. Matt Palentchar’s primary specialty has always been real estate. That said, he also like to practice in the areas of corporate transactions, probate, simple estate planning, and small business law. He has come a long way since growing up in Colonia, New Jersey, and playing tons of sports. Matt was interested in all sorts of sports back then; he played football, baseball, basketball, and soccer, among others.

He still resides there with his wife Heather and their two dogs. Over time, Matt has developed a new appreciation for what he has, so besides being a member in good standing of the Florida Bar, Matt Palentchar spends a lot of his free time volunteering for CASA as a court appointed Guardian Ad Litum for disadvantaged children.
Posted by Matt Palentchar at 06:02